Reining is a judged event designed to show the athletic ability of a ranch type horse within the confines of a show arena. In NRHA competition, contestants are required to run one of thirteen approved patterns, included in the NRHA Handbook.

Each pattern includes small slow and large fast circles, flying lead changes, roll backs over the hocks, 360 degree spins done in place, and exciting sliding stops that are the hallmark of the reining horse. 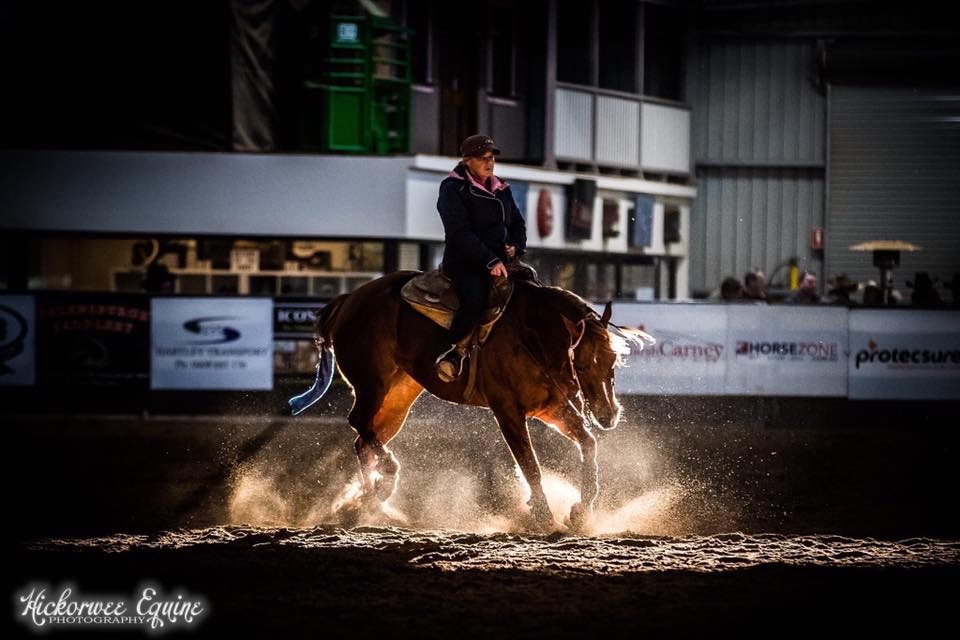 The Southern Cross Reining Horse Association is a non-profit association dedicated to promoting and encouraging the development of and public interest in the sport of reining. The focus is on developing and maintaining suitable standards of performance and judging and in providing a fun filled, family-oriented atmosphere.

NRHA has flourished over the past two decades. Membership numbers have continued to grow and now surpass 15,000; including more than 1,400 youth members. There are currently over 1,200 NRHA approved shows and more than 150 Entry Level Reining events held around the world each year. NRHA shows pays out more than $13 million in competition purses annually with the winner of the NRHA Open Futurity taking home $150,000.

The NRHA Executive Committee has aligned with other worldwide equine associations to accomplish common goals and to move the sport of Reining into the international arena. In 1988, Americana became the first show in Europe to be NRHA approved. Gaining acceptance as the first Western Discipline of the United States Equestrian Team (USET) in 1998 marked an important milestone in the history of Reining, the western horse, and the NRHA. In 2000, the Federation Equestrian International (FEI) accepted Reining for International Competition, and Reining was approved as the first Western Discipline to be inducted into the World Equestrian Games in 2002. Today, NRHA is continuing their efforts to expand the sport of Reining across all borders.